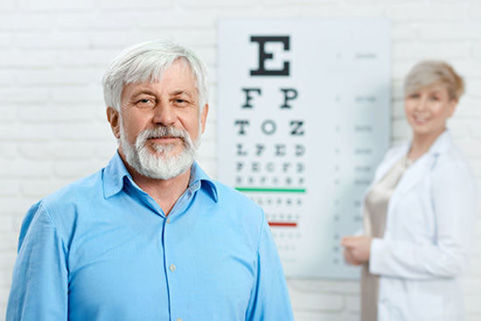 A new study by the Royal Holloway, University of London has established that a lack of awareness and treatment delays may place people suffering with macular degeneration, at a higher risk of avoidable sight loss.

The study highlighted the delays experienced in the process of identifying the condition, due to patients and professional being unaware of the symptoms of AMD.

Also revealed was, only a third of the study could detect the symptoms of AMD. And a further 27 per cent of patients whose initial appointment was delayed beyond a week, needed urgent medical intervention to combat wet AMD and to prevent avoidable sight loss.

When evaluating their findings, researchers at Royal Holloway concluded that there is a real need to increase awareness of macular disease, and how to treat it where possible.

Professor Clare Bradley from Royal Holloway said: “Previous research into wet AMD has shown that the sooner people are treated, the greater the chance that their treatment will be successful. But this study shows that delays are happening that could make the difference between someone receiving the prompt treatment they need or experiencing irreversible sight loss.

Our findings highlight the urgent need to raise awareness of the symptoms of macular disease, and the need to seek urgent help from an optometrist or ophthalmologist as quickly as possible if symptoms are experienced”.

Macular disease is the leading cause of sight loss in the UK, with almost 1.5 million people affected. AMD can create havoc and have a devastating effect on people’s lives, causing the recipient the inability to read or recognise faces. Most cases of AMD are untreatable, usually affecting people when they age over 50.

One form that is treatable is wet AMD, however it must be treated as soon as possible with the chance of it progressing into dry AMD.