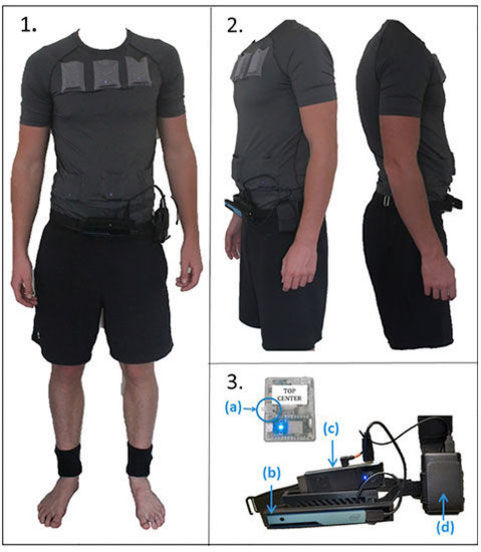 A revolutionary new belt that buzzes to alert visually impaired people of nearby objects is being trialled by eye experts in Southampton.

The Low-vision Enhancement Optoelectronic (LEO) belt works with a small built in camera that identifies objects that are in a close proximity of approximately 30cm, at which point it then vibrates through patches worn by the person. The faster the device buzzes, the nearer the object.

The new, potentially life-changing technology is being developed by the University Hospital Southampton (UHS).

The belt is likely to aid people that have to rely on other forms of assistance, such as a guide dog or a carer.

A UHS spokesman stated: 'The belt consists of a 3D depth-sensing camera and a portable computer stick connected via WiFi to vibration patches hidden on a vest and ankle straps. It scans the area in front of the person using the 3D camera and warns the user about nearby objects through vibrations - the faster the buzzing, the nearer the object - with the position indicated by the left, centre or right patch.’

In the research notes posted on the ‘Public library of science’, researchers concluded that mobility for users had increased by 44%, with a further 77% of people claiming an increase in self-confidence.

The journal also states that the LEO has the potential to become the next big visual aid for individuals with severely impaired vision.