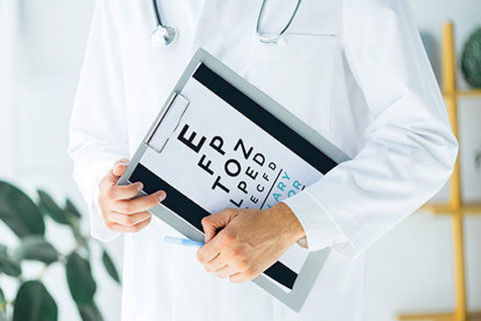 A 44-year-old man from Texas has intrigued doctors who were performing a routine eye test on him. During the eye test, doctors shone a torch into the eye of the patient and made an astonishing discovery. The man suffered from circumferential spoke-iris transillumination defects, or to those of without an Oxford PhD; that is an elevated pressure within the iris. This then culminated in visible fire-like effects when the muscular structure around the pupil, refused to allow enough light into the retina.

The condition was discovered by chance, as the man was simply registering as a new patient to the clinic.

Doctors quickly diagnosed him with the rare condition ‘pigment dispersion syndrome’. The syndrome usually occurs when bits of pigment that stick to the backside of the iris, fall off into the water fluid at the front of your eye; causing a lack of pigment.

The man has been seen by previous ophthalmologists who had identified a family history of glaucoma. Due to this, the man was taking prescribed medication to lower the pressure of his eyes. His eye pressure was just slightly higher than average at the time of eye test at the Texas ophthalmology clinic.

The uncommon syndrome is thought to be incredibly rare, but when it does occur, it shows up usually in people aged in their 20s to 40s. And most commonly in people with nearsightedness.

The man received laser eye surgery to ease his eye’s drainage, which then relieved the pressure build up in his eyes. This was then followed up by pressure-lowering eye drops afterwards.

To view an image of the eye, click here: https://arstechnica.com/science/2019/11/rare-genetic-condition-gives-man-eye-of-sauron-look/#