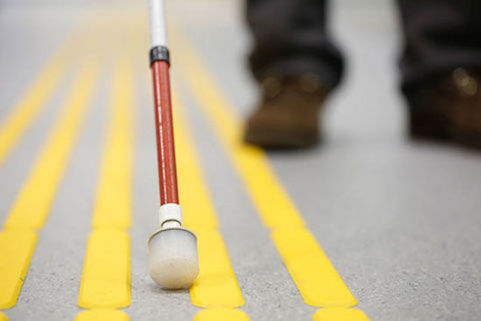 A first-of-its-kind, ground-breaking surgery has been performed on a blind man from County Durham, in the hope of saving his vision.

The condition caused Jake to lose his vision completely. Ever since, Jake has been helping Moorfields Eye Hospital to research the condition and to find a route to recovering eyesight affected by LCA, which up until recently, had been thought to be untreatable.

The treatment will consist of an unusual approach to gene therapy. Doctors will replace the defect in Jake’s current genes with a harmless virus to correct it.

The NHS is performing this operation for the first time in the UK; however doctors located in the United States have performed this style of procedure before. With no NHS or free medical service in the USA, this type of retinal gene therapy would be more of a challenge to fund as it would cost £250,000.

As this is the first treatment of its kind seen in the UK, Jake is taking a huge risk just undergoing the procedure, due to unforeseen risks and developments that could result from the surgery. Regardless, this is something that the 23-year-old is willing to risk in order to regain his vision.

Jake Ternant stated, “I never expected the operation to happen in my lifetime but after participating in 15 years of research I have been giving the opportunity. I feel very lucky and privileged to be the first person in the UK to have this treatment and I hope the research continues to help others with my condition."

She said, “When we got the call it absolutely floored me to be honest. I guess I have always blamed myself and felt guilty for him having the condition in the first place. I was devastated by it all. I always hoped that one day Jake would be able to get help and I can't believe it is now happening.

Jake isn't getting his hopes up too much. There are no guarantees the treatment will work but he is wanting to give it a go to see if it helps at all."

If the treatment proves to be a success, this would be a huge step towards helping others with this rare condition.

Diane continued, “Jake doesn't know any different with him being diagnosed so young. He had a difficult time at school making friends and it was a lonely time for him. He suffers with anxiety and doesn't go out on his own. He's also allergic to animal hair so he can't have a guide dog. But Jake just jokes through everything. If it helps someone else then he is happy to do it for them."