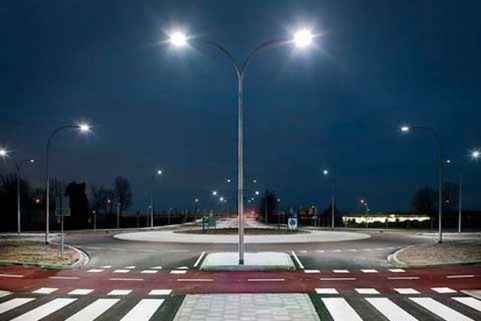 Exposure to outdoor blue light from commercial billboards and street lighting may increase the risk of developing bowel cancer, a team of scientists from the Barcelona Institute for Global Health (ISGlobal) has found.

Researchers discovered that exposure to high levels of blue light spectrum is linked to “a 60% increased risk” of bowel cancer. However, it is important to note that no association has been found with other types of artificial light such as visible light and indoor light, said Dr Manolis Kogevinas.

“We found an association only with blue light spectrum – this corresponds to the strong white light from hard LEDs and not with visual light.”

Researchers looked at medical data of nearly 2,000 adults in Barcelona and Madrid, 660 of which having bowel cancer. Night shift workers were excluded from the study as disruption to circadian rhythm has previously been associated with an increased risk of bowel cancer.

Images from the International Space Station were used to calculate the strength of artificial light at night in both cities. Results indicated that people who were more exposed to blue light had a 60% higher risk of developing the disease than those in areas with less exposure.

Commenting on the research, Dr Kogevinas also noted that the research needed further investigation. “Research on the potential effects of light exposure is still in its infancy, so more work is needed to provide sound, evidence-based recommendations to prevent adverse outcomes.”

Chief Executive of Bowel Cancer UK Genevieve Edwards, who has no link to the study, commented on the findings.

“There has been previous research linking exposure to artificial light at night to other cancers, and while these new findings are interesting, the research isn’t able to take into consideration all of the other behavioural and lifestyle factors that might increase a person’s risk of developing bowel cancer.

We cannot tell from this study if artificial light directly led to people developing the disease.”

Note: Serious Lights do not suffer from a blue spike in the light spectrum, allowing you to read in more comfort without the associated negative effects of blue light. To find out more about this, click here