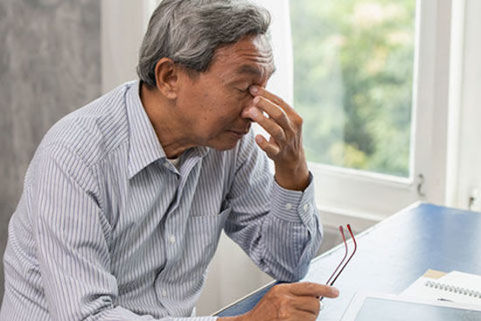 Age-related macular degeneration is one of the leading causes of irreversible blindness and severely impaired eyesight. This serious eye condition is estimated to affect around 77 million people living in Europe by 2050.

The research, funded by the European Society of Retina Specialists, has found that the increase in cases of age-related macular degeneration will need a carefully planned and thought out system to combat the issue.

The researchers have warned about the about the considerable amount of extra healthcare required to try and avoid this number. As the majority of cases will be in people over the age of 70, every precaution should be in place to prepare for the later stages of life, and how we take care of our eyes.

To accurately estimate the likely demands placed on healthcare services by AMD, the researchers calculated the numbers of existing and new cases across the European Union up to the year 2050.

To do this, they selected data from 22 existing disease studies involving 55,323 people with an average age equalling, between 60 and 81. They also collected data from four new case studies from across Europe, which all showed that the number of existing cases is projected to rise by 15%, while the number of new cases is projected to rise by 75% up to 2050.

This means that if the estimations are correct, one in four older adults in the EU will have AMD by 2050.

A spokesman for the research conducted said “This will require considerable additional healthcare service and resource allocation, which should be considered already today in all European healthcare systems.”