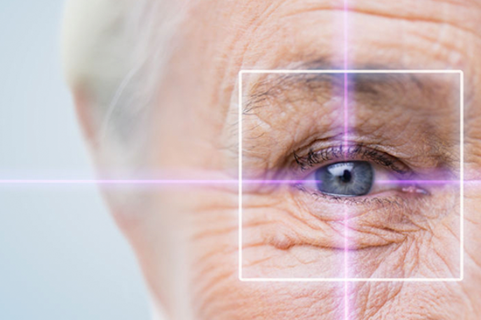 Scientists have thought for some time that stem cell therapy could provide an answer to various forms of age-related sight loss, but recent trials have largely proved unsuccessful. Now researchers from the University of South California believe they have created a new form of implant which could provide new hope for sufferers of wet age-related Macular Degeneration.

The implant is a patch made from eye cells derived from human embryonic stem cells, and it provides a structure for the growth of support cells. Early trials suggest that the patch not only helps anchor cells in place, it may also promote the re-activation of photoreceptors that were previously dormant. The patch was trialled in four patients with advanced wet AMD over periods ranging from four months to a year, and it effectively stopped sight deterioration in all four. One patient, a 69-year-old woman, even experienced an improvement in visual acuity – over a 20-week period she moved from being able to read only 7 characters on a standard eye chart to 24.

While the number of patients under research is small, the research team is convinced that the new patch has potential in the future treatment of AMD. The next stage is to trial the patch on 20 patients over a 5 year period, including those with earlier forms of the disease.