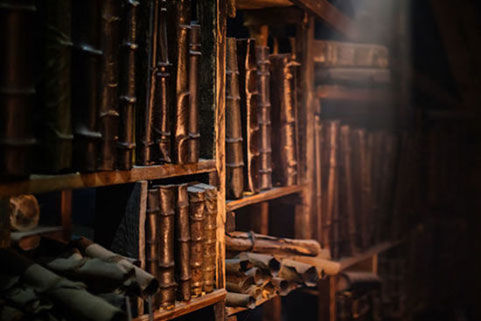 Light brighter than the sun to reveal insight into ancient history

A revolutionary new procedure may allow scientists to view ancient scrolls too fragile to open naturally. The scrolls date back 2,000 years to the eruption of Mount Vesuvius in 79AD. The eruption caused the delicate paper to be buried and carbonised, resulting in its current fragility.

Diamond Light Force, the UK’s national synchrotron science facility in the heart of Oxfordshire, is tackling the task of unlocking secret insights into some of history’s most talked-about moments using their ‘Diamond light source’.

Using a powerful light source and special techniques experts have developed, the researchers will look to analyse two complete scrolls and four fragments of the Herculaneum library.

Prof Seales, a director of the Digital Restoration Initiative at the University of Kentucky, stated:

“Diamond Light Source is an absolutely crucial element in our long-term plan to reveal the writing from damaged materials, as it offers unparalleled brightness and control for the images we can create, plus access to a brain trust of scientists who understand our challenges and are eager to help us succeed.”

Herculaneum was a neighbouring town to the famous Pompeii city area. After Vesuvius erupted, the Herculaneum library was the only surviving library in entirety preserving many of its scrolls in carbonised molten rock form.

It took roughly 1,700 years to discover them with the famous papyri discovered in 1752 in an ancient Roman villa near the Bay of Naples, believed to belong to the family of Julius Caesar.

Prof Seales continued: “Texts from the ancient world are rare and precious, and they simply cannot be revealed through any other known process.”