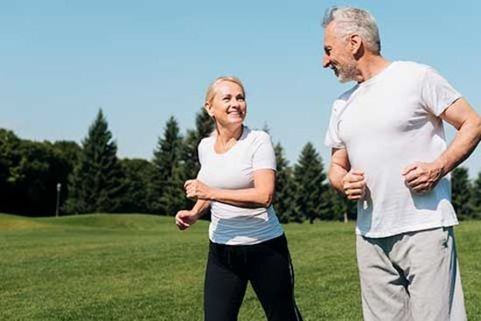 A meta-analysis of half a dozen studies on the association between exercise and the risk of developing age-related cataracts has found that increased physical activity is linked to a 10% decrease in risk of developing the eye condition later in life.

Age-related cataracts are one of the most common causes of visual impairment worldwide, accounting for an estimated 34.8% of all blindness. Researchers are continually looking for ways to alleviate risk to reduce the amount of surgery required in the future, explained lead researcher Ming Li, PhD. “ although surgery is an effective option to recover vision, it is very costly”, she said.

Of the studies, 19,173 cases of cataracts were identified in a follow up of 171,620 participants, with a mix of European and American locations and a varied mix of subjects analysed.

The researcher’s findings evidenced that increased physical activity has an inverse association with the risk of developing cataracts. The research also highlighted that the higher the amount of energy burned (measured in METs or metabolic equivalents), the more significant the risk reduction.

This may be down to the fact that physical activity reduces oxidative stress in the eye, which has been known to cause cell damage. Doing physical activity over a longer term also increases high-density lipoprotein which could bring more antioxidants to the lens, reducing oxidative damage.

“We know that exercise increases antioxidant enzyme activity which has all sorts of benefits, including limiting infections and inflammation in the eye,” said Li. She continued, “The lens is highly susceptible to oxidative damage because of its high concentration of polyunsaturated fatty acid and its specific biological function.”

Li also explained that she hopes the results of the analysis will create a greater emphasis on the need to engage in exercise more regularly. “Considering the fact that 24 percent of adults are inactive, these findings will hopefully encourage older people to start exercising on a regular basis”.