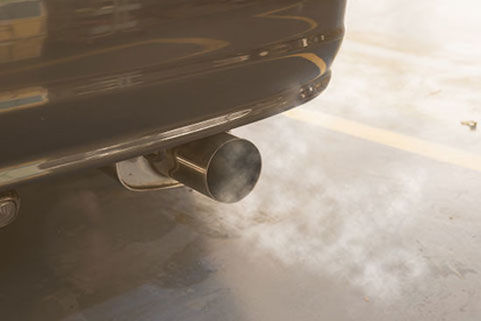 New research carried out in Taiwan has found Tailpipe pollution can pose a significant risk to aged eyes and the increased development of age-related macular degeneration (AMD).

AMD is one of the leading causes of vision loss in elderly people.

The study team led by Suh-Hang Kank Jo, a professor at the Graduate Institute of Biomedical Sciences at China Medical University in Taichung, said, It was the first of its kind to "demonstrate a significant association between AMD and high levels of ambient nitrogen dioxide and carbon monoxide in the air people breathe”.

The research team tracked levels of the two pollutants in the air which was breathed by 40,000 people aged 50 and over. During the study more than 1,400 participants went on to develop AMD.

Accounting for other potential factors such as gender, age, household income and existing illnesses; it was found that people with the highest level of exposure to nitrogen dioxide were 91% more like to develop AMD than people will low-level exposure.

Dr. Mark Fromer is an ophthalmologist at Lenox Hill Hospital in New York City. He stated, “"In the past, high levels of pollution caused by traffic have been identified as causing ocular disease on the surface of the cornea, leading to dry eye. Conjunctivitis has also been identified as an ocular surface disease, which can be the result of traffic pollutants."