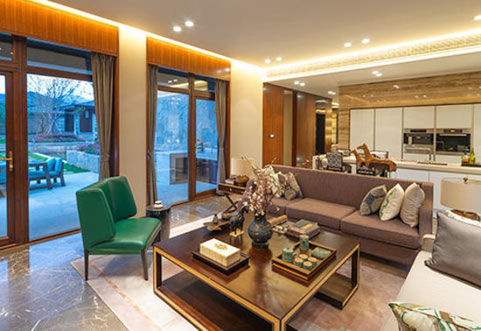 Better lighting in homes could help people with glaucoma

Poor lighting could be the reason why older people with glaucoma have more problems with their vision at home than when they have an eye test in a clinic, a small study suggests.

What do we know already?

Most people would expect that their eyesight would be as good at home as it is when they have their sight test at the optician. However, in some previous studies, people have reported having more sight difficulties in their daily lives than you would expect from someone with their sight test results.

For people with eye conditions like glaucoma, this can affect how their condition is managed. Glaucoma causes an increase in the pressure inside the eye, which damages the main nerve behind the eye (the optic nerve). This can cause poor eyesight in one eye or both eyes. Doctors recommend that people with glaucoma have regular sight tests so that any problems can be picked up and treated, before they affect vision. Accurate sight tests help doctors to spot and treat vision problems early.

To find out how big the problem is, researchers studied the vision of 175 people aged between 55 and 90 years. Of these, 126 people had glaucoma, while 49 people didn’t have glaucoma or any other eye conditions. All participants in the study took two sight tests within one month of each other, one at home and one in an eye clinic, and the researchers compared how well people could see during the two tests. The researchers also measured how well lit people’s homes were, to see if this could explain any differences in people’s vision.

What does the new study say?

People with and without glaucoma had worse results on their sight tests when they were at home, compared with the tests they took at a clinic.

The difference may be down to lighting. Most people’s homes had lower lighting than in the clinic. On average, the homes of people with glaucoma had lighting about three to four times lower than recommended for clear vision. People with low lighting in their homes had poorer near and distant vision, were more affected by glare, and were more sensitive to contrast. The link between lighting and vision remained regardless of how severe people’s glaucoma was.

How reliable is the research?

This is a small study. We would need larger studies that recorded how people’s vision was affected by light over a longer period, to be certain the findings are genuine. The researchers say there’s a small chance that being in a clinic, or having a sight test at home with an examiner, affected how people performed on the sight tests. We don’t know if all of the participants were tested in exactly the same way, as some tests were done by different examiners.

What does this mean for me?

Being able to see well while at home and doing everyday things is very important, especially for older people and people with severe glaucoma, who can have trouble seeing properly when moving from a lighter to a darker room or judging the height of steps and curbs.

If you or a friend or relative has problems seeing well, brighter lighting in the home may be a straightforward way to improve vision. Regular sight tests are also important to pick up any vision problems as they emerge.