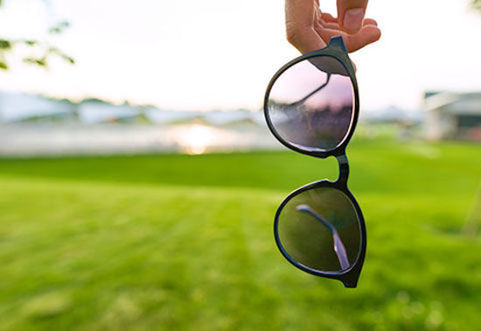 Are your sunglasses up to the job?

You only have one pair of eyes, and you should protect them. But do your sunglasses have the same UV rating as when you bought them? New research has revealed that exposure to the sun may deteriorate your sunglasses more rapidly over time than we think. It may also diminish the impact resistance of lenses. And experts are now asking for a revision of testing standards…

Current European UV protection standards are based on an ageing test which calculates deterioration in lens category on exposure to sun over time using a sun simulator. Scientists in Brazil now assert that the current calibration of the sun simulator is inappropriate, as exposure to UV light varies enormously dependent on latitude.

The study, covering 27 cities in Brazil and 110 Northern Hemisphere national capitals, concluded that current test parameters for UV filters of sunglasses should be revisited to establish safe limits. According to Liliane Venture from the University of Sao Paulo “50 hours of exposure to the sun simulator equates to 23.5 hours of exposure to natural sun in Sao Paulo”. Over-exposure to UV light can result in oedema, pterygium, cataracts and retina damage.