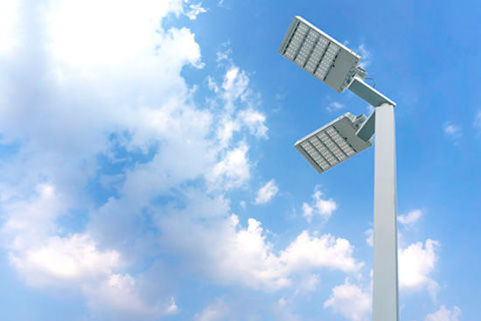 Wiltshire Council have begun their project to replace 45,000 ageing lights and convert them into LED lighting. The initiative is part of a wider aim, to be carbon neutral by 2030.

LED lighting is more reliable and has a longer life span than traditional older methods of lighting. They can also be dimmed to be more energy efficient without losing significant quality of light. The new lights will be installed throughout the county and cost £12m. However, one the installations are completed, the council are expected to see annual savings of around £1m.

“The project to replace the old stock has had a smooth start and the feedback we’re received so far has been very positive.

This long-term investment will save money while helping us achieve our ambition of reducing carbon emissions throughout the county – it’s a win-win.”

With big locations populating the county such as Swindon, Salisbury and Trowbridge, the change is set to be a big saver and eco-friendly.

Another potential positive for the decision is a reduced amount of road traffic accidents due to poor lighting around some of the less light roads. The initiative has been predicted to be cost neutral within 11 years.

Another council has also followed suit to LED conversion of street lighting. Fenland District Council have completed a £23,000 changeover to LEDs in the town of Wisbech, in Cambridgeshire. However, the council have elected to focus on a park, as opposed to the Wiltshire Council. This is to benefit runners and elderly people walking through the greenery.

Councillor Peter Murphy, the Council’s Cabinet member responsible for parks and open spaces, said: “I’m really pleased work to upgrade the street lighting in Wisbech Park has been completed in time for the darker winter months. The lights will improve visibility, keep the park safe and well-lit for pedestrians and use 50% less energy than conventional lamps.”

One more council has also seen the LED potential, but has implemented it in a different way. Wokingham Borough Council have replaced outdated lighting sources in a school. All Saints school was the first to benefit from the programme to reduce the carbon footprint in the town. The lighting switch is set to provide an example to the pupils of how they can be cost efficient, creative an ever-growing learning experience.

Cllr Gregor Murray, executive member for climate emergency at Wokingham Borough Council, said: “The new lighting is a win-win-win project: the schools wins by saving much-needed money on their running costs and improving the learning environment for their pupils; the council wins by greening up its estate and working towards its goal of being carbon neutral by 2030, and the earth wins by having 15 tonnes less of carbon dioxide.”